David Fizdale had the balls to play God and erase the Grit n Grind reputation built in Memphis.  Setting out to do things “the Miami Heat way,” the former understudy to Erik Spoelstra did everything but walk Zach Randolph and Tony Allen aka The Grindfather out the Fedex Forum’s front doors.  The new coach was determined to change all-star center Marc Gasol’s entire game and when the Spaniard pushed back, Fizdale reportedly alienated him from the team to send a message.

After 19 games into the 2017 season and reeling-off 8 straight losses, Memphis fired their head coach.   Fizdale went 52-55 during his stint with the Grizzlies, including a 1st round playoff exit.  J.B. Bickerstaff became interim head coach for the remainder of the Grizzlies’ piss-poor, injury-plagued season.  Mike Conley Jr., widely touted as the most underrated PG in the NBA damn near every year since 2011, played in just 12 games courtesy of an Achilles injury and small bone protrusion in his left heel.  Chandler Parsons messed around and appeared in 36 contests, a 2-game increase from his 2016-17 season.  The roster irregularities, identity crisis, and all-around fuckery guided the Grizz to a 22-60 record, securing Memphis the 4th overall pick of the 2018 NBA draft.  They chose to retain and promote J.B. Bickerstaff to chief of the tribe on May 1, who then proceeded to bring the FIRE with the illest associate coaching staff in the Association.

All you need to know….John-Blair is the spawn of Bernie Bickerstaff.  Yes – THAT Bernie Bickerstaff – the same coach holding the highest winning percentage in Los Angeles Lakers’ history at 4-1.  J.B.’s first gig coaching was with his old man and for the Charlotte Bobcats expansion team in 2004.  The newly anointed Memphis coach was savvy to rebrand as J.B. at a young age, because he refuses to carry an L. 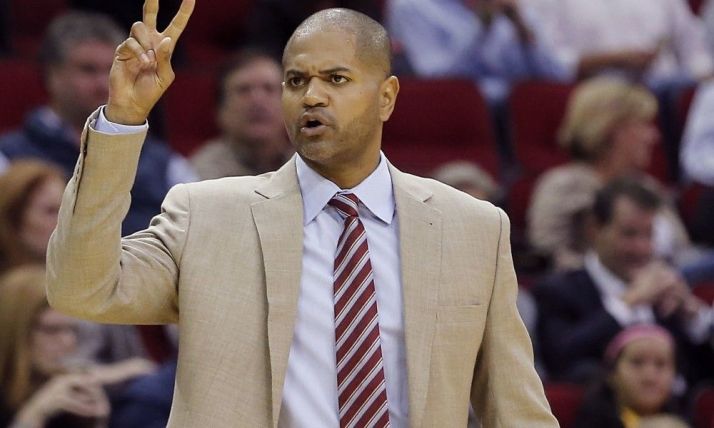 First professional coaching position was in 1992, under known-Boogie Cousins antagonist, George Karl.  Forcier was an assistant coach at Oregon State when J.B. Bickerstaff was a rostered player.  Forcier was an assistant to Gregg Popovich for 7 years in San Antonio, winning the NBA title in 2014.  Also pictured, James Jones did not have a single championship ring until after Chad Forcier d’ed him up here; Jones now owns 3 rings and once appeared in 8 straight NBA finals.  Coincidence?

Damn shame if you don’t know Stack already.  To start, he is a University of North Carolina and Harvard Business School graduate.  In 1995, Jerry was the 3rd overall pick in the NBA draft and Sport Illustrated Player of the Year.  The NBA’s D-League awarded him Coach of the Year for his season with the Toronto Raptor’s development team in 2017.  Sound like an ambassador for ‘Grit & Grind’ yet?  Well, he grew up with seven (7) older brothers, eats meat, went to Oak Hill Academy, played 18 years in the NBA, and Stack can throw hands – just ask Jeff Hornacek. 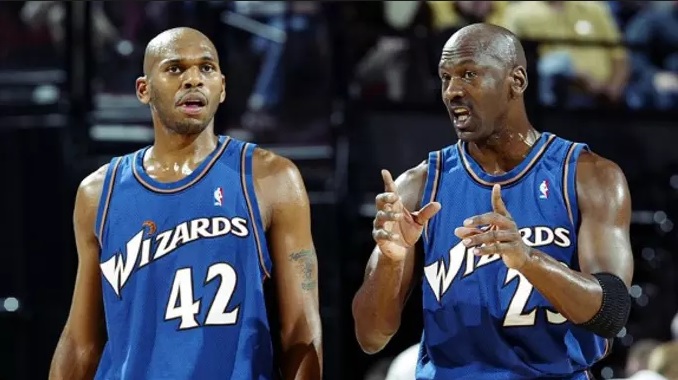 To hell with the Fab Five and those Michigan boys (headass Jalen Rose)!  As a freshman, Buckner was part of the SLAB FIVE, the ’94-’95 Clemson basketball team that finished 15-13 with no starter taller than 6’7”.  The SLAB FIVE were known for their dedication to hard work and tough defense under Rick Barnes as their head coach.  Their success that season was the epitome of over-achievement.  Buckner started every game of his college career, including 3 NCAA tournament bids.  He became the first Clemson Tiger to lead his team in scoring all four years.  Iconic picture of “The Dunk” below.  Oh and by the way, he had a casual 10-year NBA career. 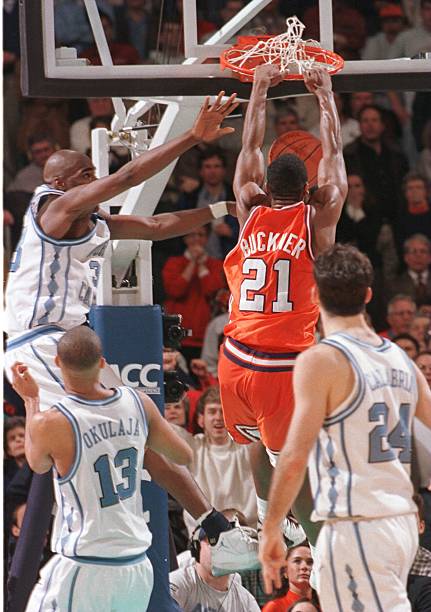 Ever heard of the ‘Ukraine Train’?  Well CHOO-CHOO motherf—-rs!  This 6’10” 280lb vodka distiller (probably) from Kiev was the Cleveland Cavaliers’ draft-night overture at 12th overall in 1996……………..Kobe Bryant was taken with the 13th pick, Peja Stojakovic 14th, and Steve Nash was selected 15th overall.  Jesus H. Christ.  “Cleveland!  This one’s for you,” said Potapenko (again, probably) as an assistant coach for the NBA Champion Cavs in 2016.  Vitaly stretched his playing career 11 seasons and is known to have an entertaining Arnold Schwarzenegger impersonation. 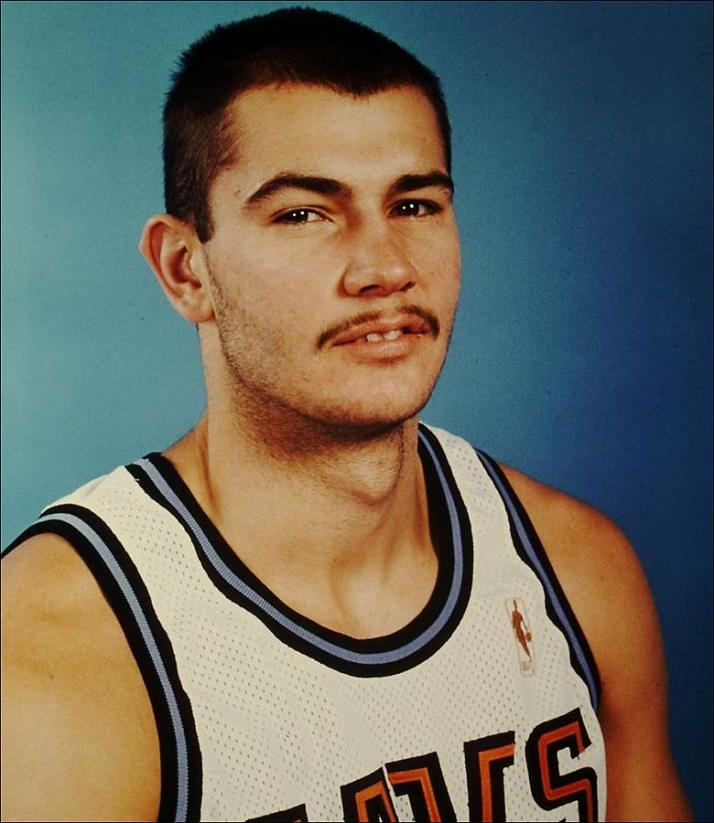 Drafted in 1993, Nick Van Exel or NVE or ‘Nick the Quick’ bridged the gap between Showtime-era Lakers and the Black Mamba.  Van Exel was eventually traded to the Denver Nuggets as part of a package that included the draft rights to Tyronn Lue and his cornrows.  NVE would play for 6 different franchises in his 13-year career, spanning 880 games.  Nick did not hide any emotion when he played, and a DNA test would confirm he possesses the clutch gene.  Additionally, Bob Huggins was the head basketball coach for Van Exel at the University of Cincinnati.  Huggie Bear is now at West Virginia University, where Jevon Carter (Grizzlies 2nd round pick of 2018 NBA draft and standout summer league badass) played college hoops, thriving in the ‘Press Virginia’ system. 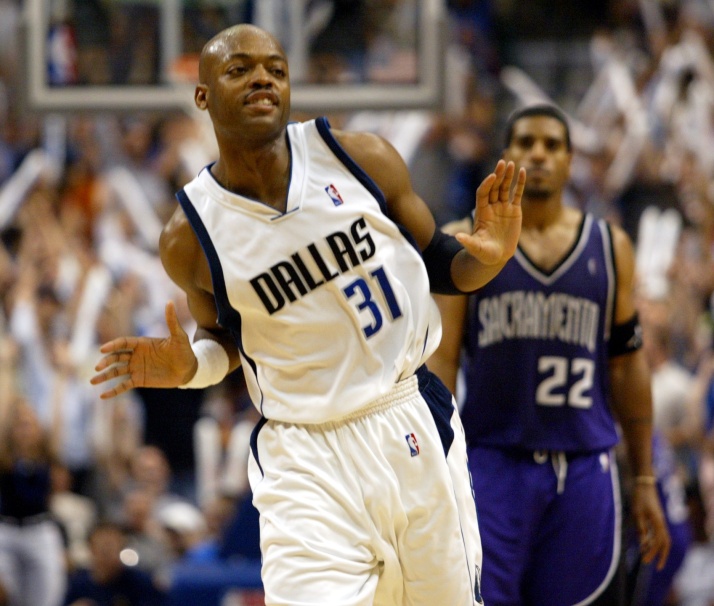 Who?  You thought that was Charlie Villanueva?  Nope.  Charlie Villanueva didn’t lead the entire NCAA, all divisions, with an assist to turnover ratio of 5:1 in at the University of Redlands (2006).  Mazarei isn’t a former NBA player, let alone a prospect, nor could he use his last name to garner notoriety when applying for coaching positions.  This left coast native started his own AAU program, was an assistant at Moorpark College, and built his reputation at the IMPACT Basketball Academy – CONCURENTLY.  He has worked independently with several NBA players in skill development, notably following Serge Ibaka around Europe as his personal trainer in 2013.  Mazarei was hired by Memphis in the middle of the 2013-14 season under Dave Joerger for player development and is now an assistant coach to J.B. Bickerstaff.  Dude is only 36. 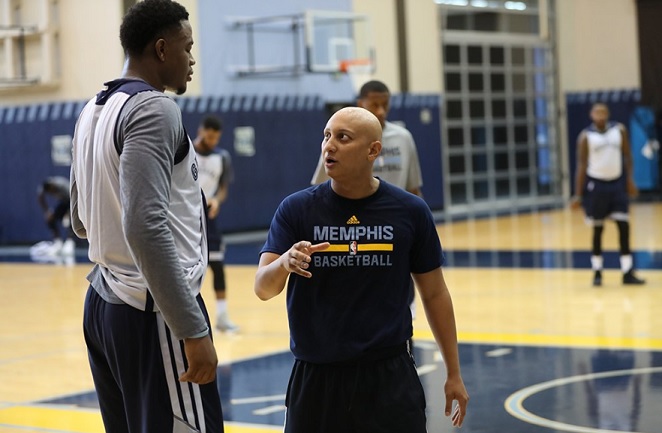 J.J. was most recently has a player development role with the Lakers.  Now – Follow me here.  J.J. Outlaw went to Villanova on a football scholarship.  His father, John Outlaw, played 11 seasons in the AFL/NFL.  John Outlaw would eventually be hired as the Director of Community Relations in 1990 for the Denver Nuggets, where Bernie Bickerstaff was the President and GM at the time, coaching the team from ’94-’96 as well.  After various analyst jobs on different Bickerstaff teams, John Outlaw would eventually be hired as an assistant coach on Bernie’s staff in 2004, with the Charlotte Bobcats expansion team.  Reminder from earlier – this was J.B. Bickerstaff’s first coaching position in the NBA as well.  Relationships matter…. 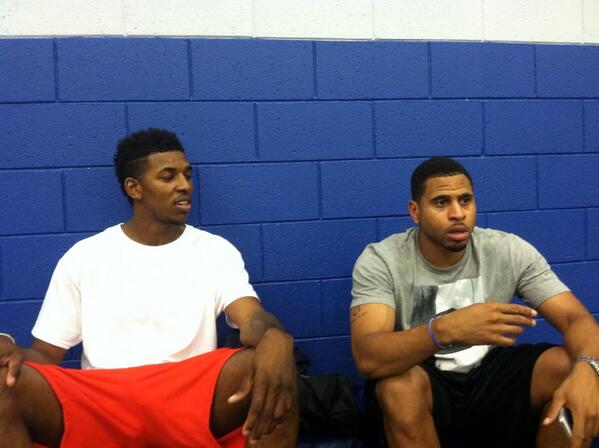 Yes…his brother is former Detroit Lions WR and current NFL Network analyst, Nate Burleson.  Kevin appeared in 39 games for the Charlotte Bobcats during the 2005-2006 season while – you guessed it – a few aforementioned staff members were coaching. 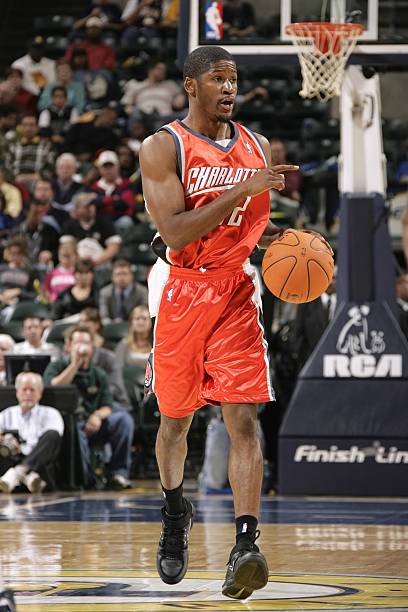 Dammit…. They did it.  They played with our minds.  The Memphis Grizzlies put Mike Bibby on swole patrol behind the bench during the Las Vegas Summer League this past summer.  He was easily the most recognizable face when the camera panned to the Grizzlies’ staff.  Bibby wants to coach in the NBA but will continue to lead the varsity basketball team for his alma mater, Shadow Mountain High School (Phoenix, AZ) in the meantime. 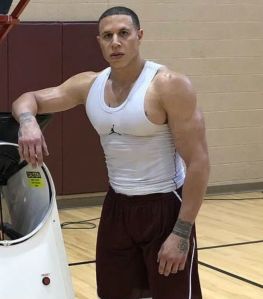 There you have it.  This coaching staff is a damn squad.  You can bet they will gain the attention and respect of the Grizzlies’ young roster; particularly through the staff’s youthful, ex-NBA players.  I’m not arguing whether the Grizzlies are destined for greatness, but they will certainly improve their record from a year ago.  Grit n Grind isn’t what it once was – it ain’t dead either.